Deep-Sea Fishing for Red Snapper is underway! Climb aboard Charter Boat Special K with Captain Kyle at the helm for an experience of a lifetime! Explore the beautiful Emerald Green waters of the Gulf of Mexico on an adventure to catch the delectable Red Snapper.

Red Snapper Seasons are usually an estimate of 20 days; this season is double that! The season has started and will continue until July 20th, 2018. Red Snapper is one of the most sought-after fish in the Gulf of Mexico, where they thrive frolicking around in the warm saltwater.

As the winds have died down and the water is calm and warm, now is prime deep-sea fishing time. Anglers, both pro and amateur flock to the saltwater of the Emerald Coast in hopes of claiming one of these prized specimens! This fish is out spawning in the summer and thus in larger groups, making them easier to catch. They move closer to shore as well as around wreckage and reefs. The giant Red Snapper is in deep waters as far as 300 feet!

Red Snapper is well known for its gourmet, quality taste, and enormous size. The average size is approximately 25 pounds, although more significant are in the Destin area. The minimum size limit is 16 inches. This limit is in place to allow the younger, smaller fish to grow and reproduce in the offseason. An average dinner fish in a restaurant is about 2lbs; imagine eating like royalty with a  bigger catch! 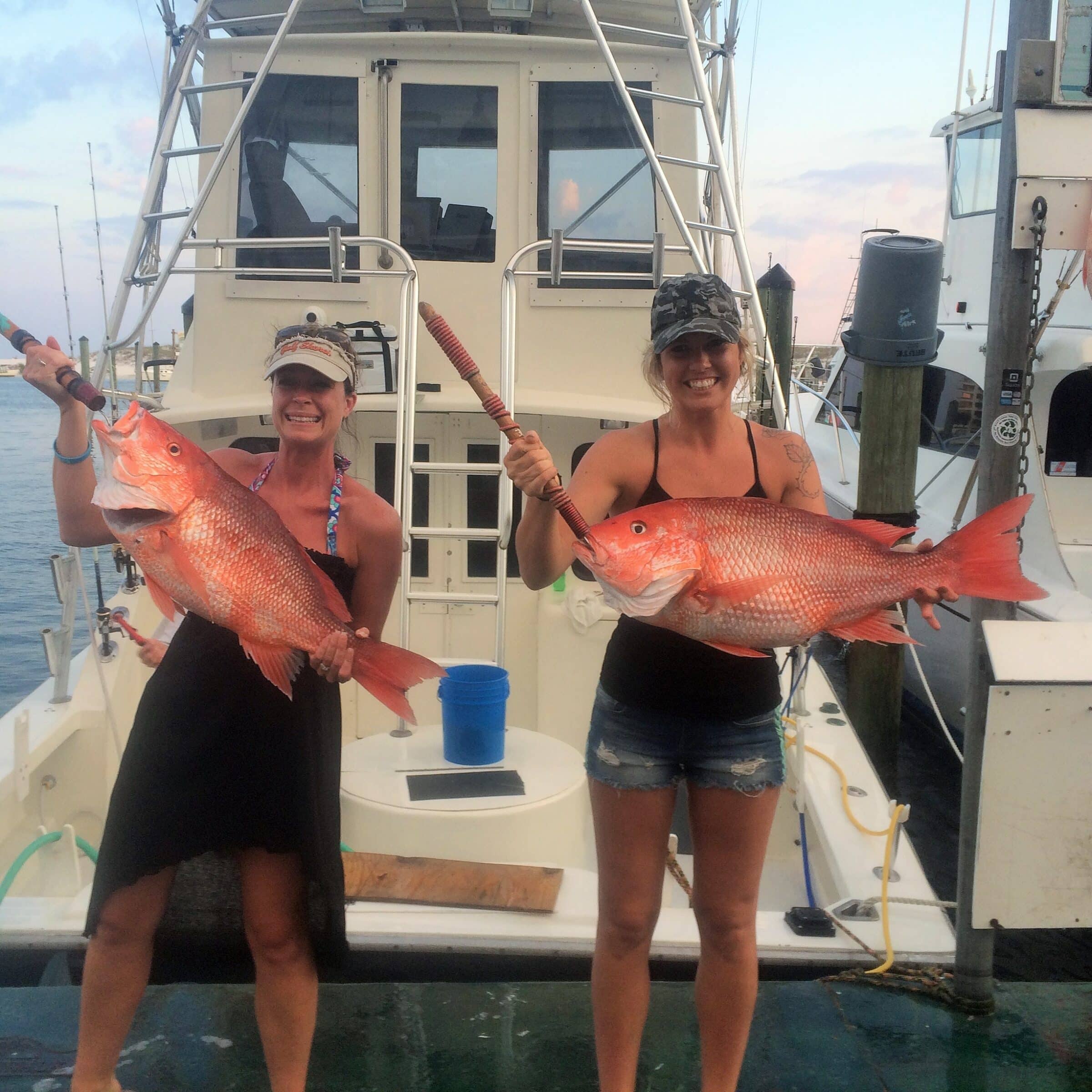 Picture yourself reeling in one of these delicious fish and being able to have one of our local Destin restaurants cook the fish YOU caught yourself! What a fantastic experience for the entire family! So, if your palate is craving these delectable, tasty fish, let's catch tonight's dinner together! Contact Us to book your fishing charter today. If you haven't already, please Follow Us On Facebook and share with your friends.